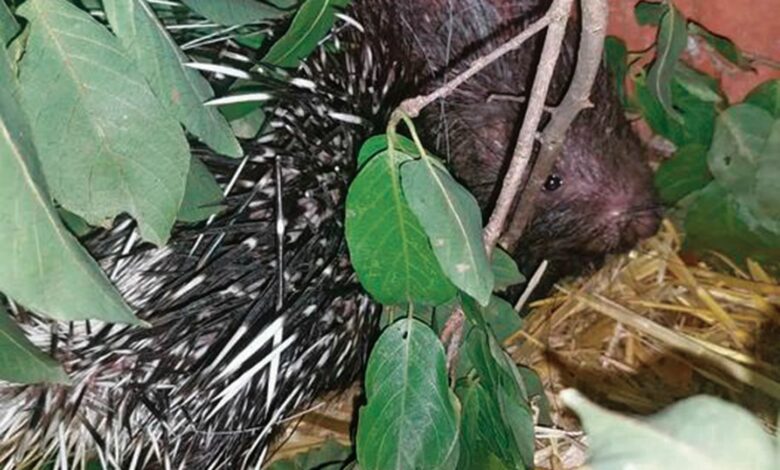 SPIKE, the porcupine who is full of personality, is doing well after the Center for Rehabilitation of Wildlife (CROW) rescued him in the Field Rock area, north of KZN.

The four-month-old had a severe rash on his underbelly.

Operations director, Clint Halkett-Siddal, said they are doing everything to ensure the porcupine is healthy again.

“We have been treating the rash with antibiotics and keeping it sterile. Slowly we are starting to see the rash go away and he is showing a bit of cheekiness. We will only be able to release him back into the wild in spring,” said Halkett-Siddal.

If you would like to sponsor this animal, you can email reception@crowkzn.co.za for more information or call 031 462 1127.