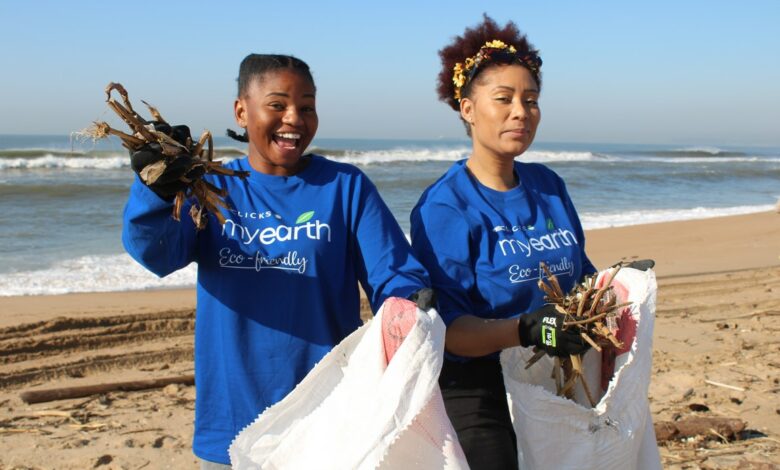 COMMUNITY members and stakeholders, including The Litterboom Project and Adopt-a-River, celebrated World Oceans Day on Wednesday, 8 June, with a clean-up at Beachwood Beach.

The day, celebrated annually, is to raise awareness of the challenges faced by the world’s oceans.

120 bags of litter were collected by dedicated volunteers on the day.

According to Janet Simpkins, founder of the conservation NPO, Adopt-a-River, our oceans and rivers are the lungs of the planet and need urgent protection.

“World Oceans Day is very special as we join people across the globe in raising our collective voice on the importance of the protection of our oceans from climate change and pollution. Seeing so many people here at Beachwood Beach has been very positive. I think the message of this day is apt.

“We have such a beautiful coastline, and through these types of initiatives, we hope to show residents what we are trying to protect. The underlying message is that we have a very serious responsibility to our oceans if we want to survive. Everyone has worked tirelessly, and we made some headway with some of the bigger items washed onto the beach, especially after the KZN storms,” she said.