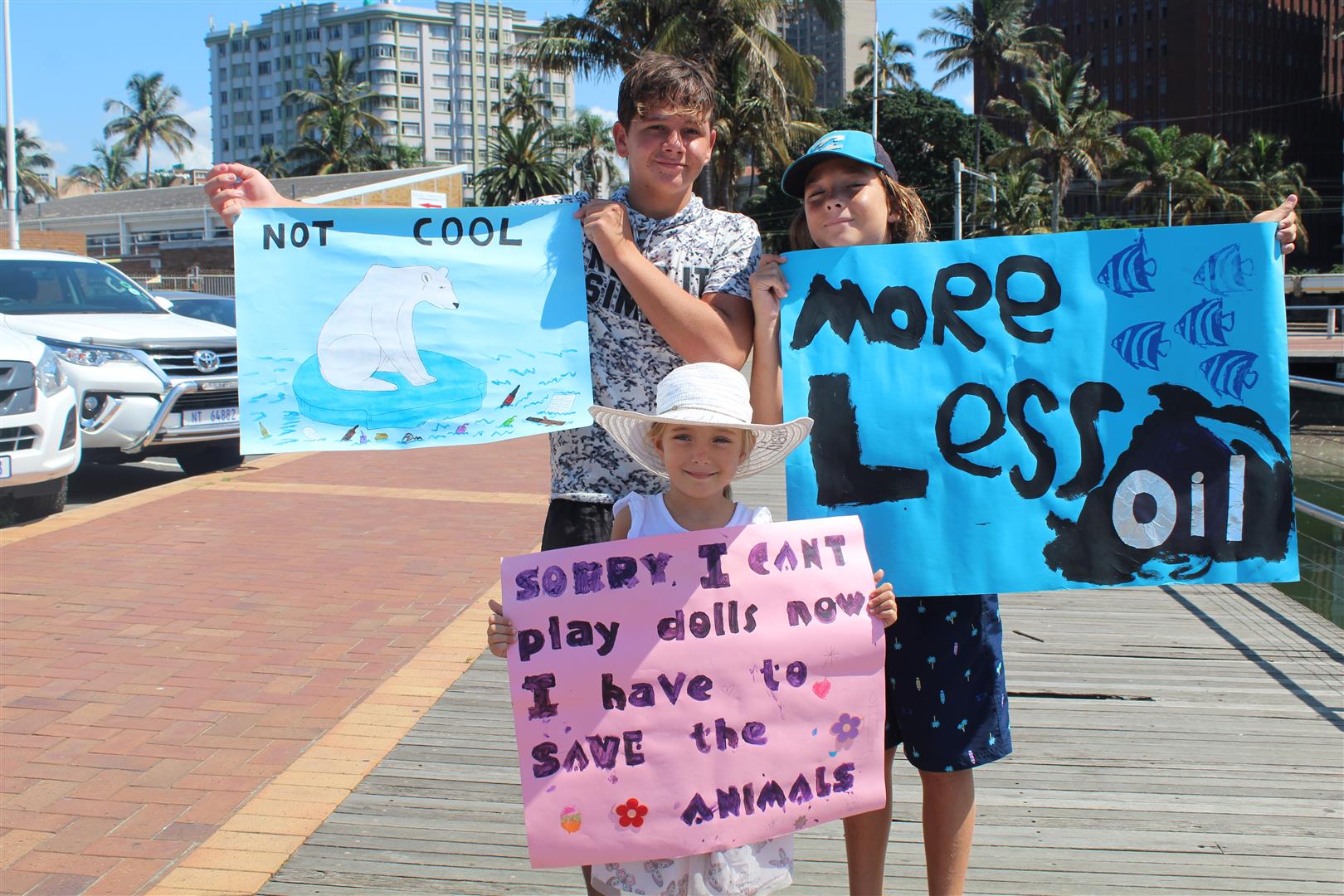 FROM 1.30pm today to 5pm hundreds of young people from around Durban are expected to take to the uMhlanga promenade to take part in a peaceful placard demonstration.

On their Facebook page, organisers of the march said: “We are marching against oil corporations’ intent on drilling our ocean and land. Their business models pose a threat to the Paris Agreement climate goals of limiting global warming to well below 2°C, to prevent a catastrophic and irreversible climate change. We, the youth of Durban, are concerned about losses to biodiversity and weather extremes increasing in both frequency and intensity. Drought, extreme heat and flooding are occurring more often and it is expected that hurricanes will get stronger. These impacts pose a substantial risk to the vulnerable and poor.”

“We call on ENI and Sasol to cease all operations that ultimately produce green house gas emissions in RSA, thereby drastically reducing South Africa’s use of fossil fuels to follow the global emission reduction pathway of the Intergovernmental Panel on Climate Change,” said organisers.

The march forms part of #FridaysforFuture youth marches which have been gaining momentum around the world and are now backed by teachers and academics.