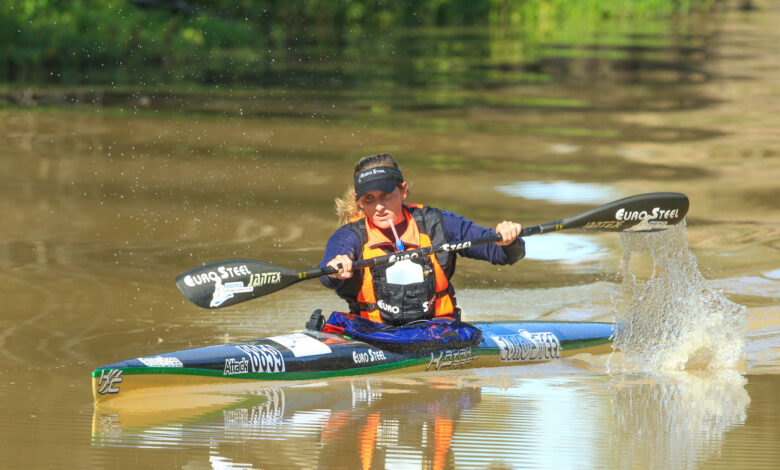 “It wasn’t as easy as I thought it was going to be,” said the Virginia Preparatory School educator, who is using the race as part of her preparations for the World Marathon Championships in Portugal at the end of September.

“When I started, my body didn’t respond as I had hoped, and it took me a while to get going. I just had to stay with Nikki (Birkett) today, and she was so strong and pulled most of the way. What was going through my mind was that if I did get dropped, she could make up time very easily, so my main goal was not to get dropped.”

“I certainly couldn’t have done it without Hank [McGregor],” she added. “He has been absolutely incredible with training and tripping, advice during the race and even lending me his boat,” she said.

Nisbet’s 16th-place finish is also a new mark for the best overall result for a female paddler.

“When I was a kid, I never imagined winning a Berg,” he said. “To win my first one was something special. I am over the moon to win twelve now.”