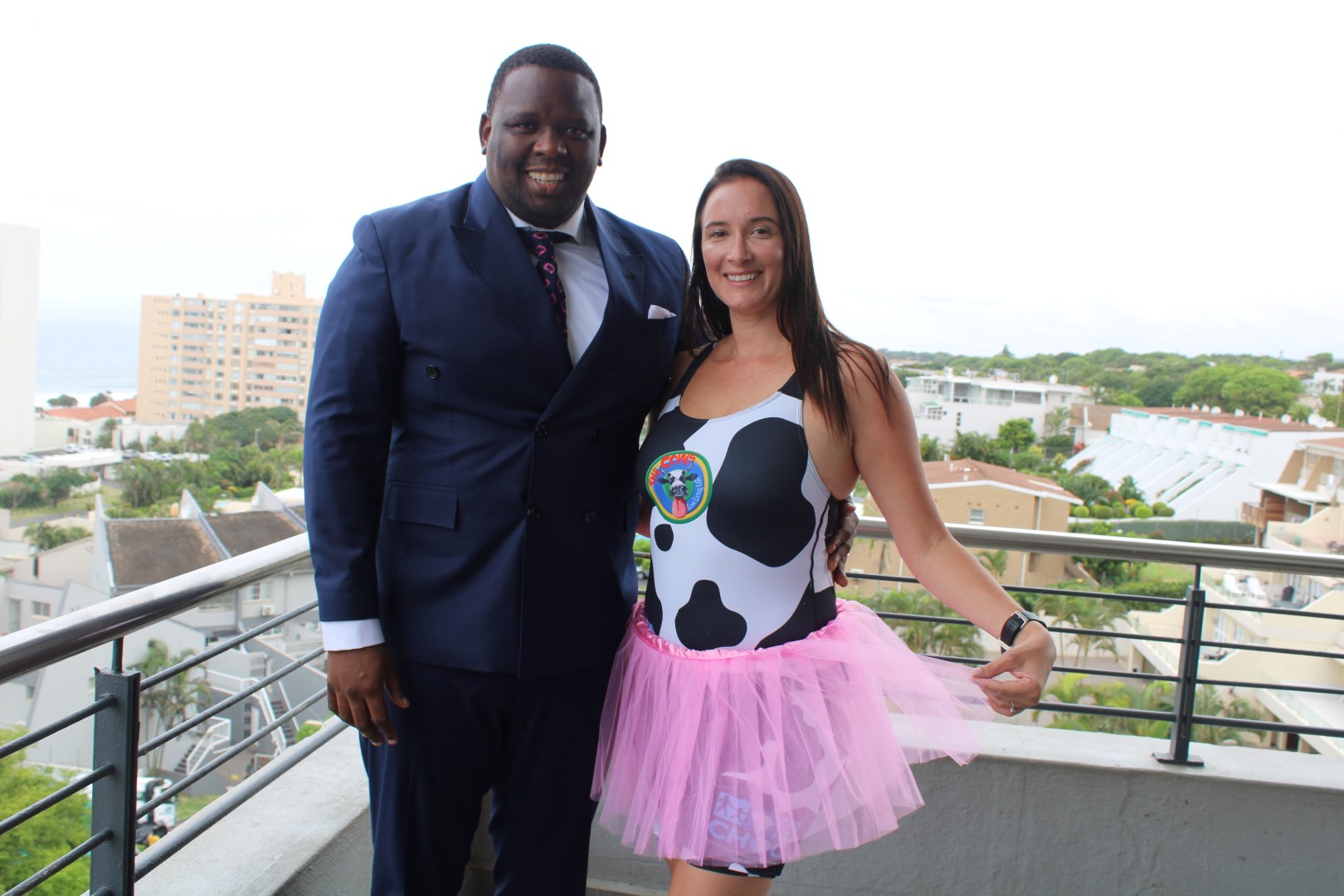 Mandy hopes to make a splash for CHOC

Home » Mandy hopes to make a splash for CHOC

DISTINCTIVE in their black and white pattered bovine kit, The Cows are ready to raise as much as they can for the Childhood Cancer Foundation of South Africa (CHOC).

The Cows have become a distinctive feature of the aQuellé Midmar Mile and this year is no different as uMhlanga resident, Mandy Kidson will be raising funds for the foundation and doing the swim in memory of their friend, Jodi Wersig, who lost her battle to cancer in 2018.

As loyal supporters of the world’s biggest open water swim, the black-and-white clad swimmers have been given the privilege of hosting their own batch that will kick start the 2020 event as the first event on the Saturday.

Kidson, who has set up a GivenGain page under the title ‘Journey for Jodes’ said she was hoping to raise or surpass the figure of R100 000 she and other members of the group raised last year.

“Thanks to my amazing friends and family, I was able to complete my first ever Midmar Mile last year and this year I’m looking forward to completing the mile and raising as much as possible. We’d like to raise more than R100 000 and we are hoping with the community support we are able to surpass that milestone,” she said.

Kidson’s fundraising campaign also received a boost from uMhlanga businessman, Winston Innes, who donated R10 000 to the cause last week.

“I couldn’t believe it at first. Winston and I have been friends for a long time and he had seen my post on Facebook and sent me a private message saying he wanted to help. I was just blown away by the gesture and quite overcome with emotion,” she explained.

If you would like to support the cause, visit the page.