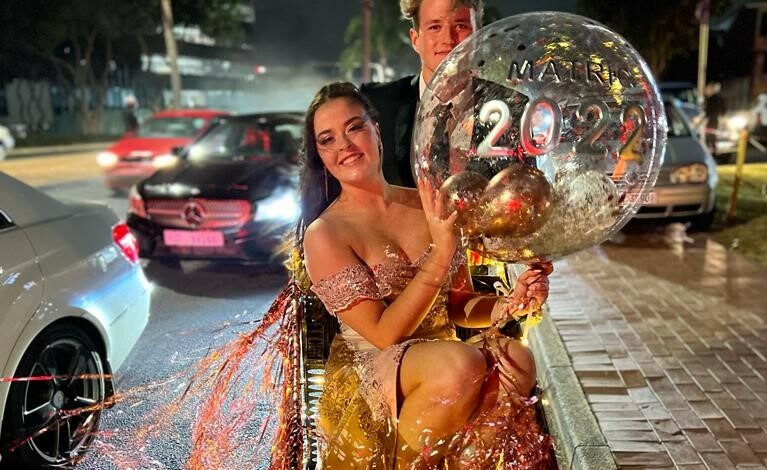 The Danville Park Girls’ High School learner arrived in a trolley, blinged out with rose gold tint foil curtains and fairy lights, to her matric dance at Coastlands Umhlanga.

“It is eco-friendly, you don’t need petrol and it was quite comfortable,” Shaè explained. “We actually borrowed the trolley from Pick n Pay Hyper and they agreed on one condition, that we send them photos from the night.”

“I wanted to do something different and fun and I think my partner for the evening, Saxon Pardey and I achieved that. You only get to have your matric dance once and it was my night to be fancy before my final exams,” she said.

Her mother, Tammy said she was proud of Shaè’s commitment to her idea and said the response from fellow matriculants was awesome.

“I’m so proud of her. She has got such an awesome sense of humour and I’m chuffed that people understood the concept of saving fuel and having a bit of fun. The responses were great, people were going on Instagram Live and there were loads of selfies,” Tammy said.

While the trolley did lose most of the foil curtains due to the wind, it was safely returned to Pick n Pay Hyper.