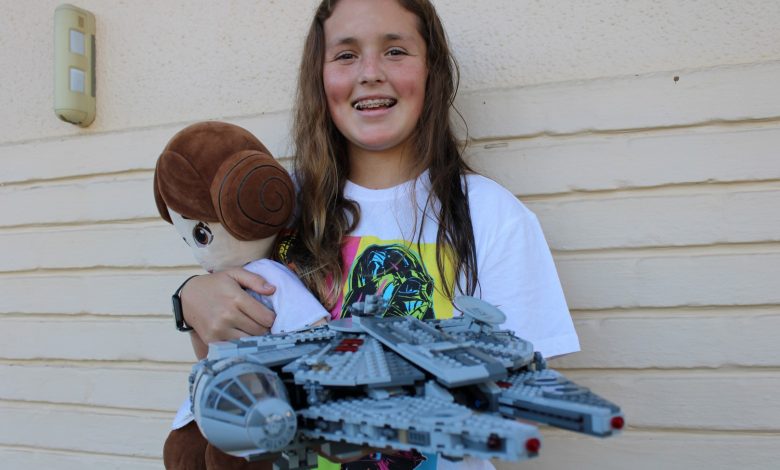 DURBAN North resident and teenager, Cheyénne Pinn said she became a Star Wars fan after watching the first-ever film in the series four years ago.

She, along with millions of fans of a galaxy far, far away recently celebrated 4 May as Star Wars Day. The day, largely informal, is a commemorative day to celebrate all things from the Star Wars universe.

Fans jokingly say ‘May the 4th be with you’, a reference to the popular phrase in the ‘May the Force be with you’. The fully fan inspired day has brought Pinn’s passion into the spotlight and she has a number of fandom items related to the series, including t-shirts, face masks, plush toys and a number of other items.

“I remember watching the first film four years ago and I was instantly captivated and I was definitely transported to a galaxy far, far away. It started with the original film trilogy before I started exploring the backstories of some of the other characters in their respective books and book series. I’m big into action and adventure and I felt each film and series after has captured that feeling.

“I also fell in love with the characters. Han Solo is my absolute favourite character because I love Harrison Ford, the actor who portrays him and I just enjoy his character. Another aspect that drew me in was the strong female characters who play a pivotal role in the series. Princess Leia, Ahsoka Tano, Sabine Wren and even Rey Skywalker in the later films were all amazing. I also love how some of the villains were thought out like Grand Admiral Thrawn who is calculated and smart with his decisions,” she said.

“Whenever I go to a toy store I immediately go to the Lego section to see what Star Wars items are there. I even have a Lego Millennium Falcon (Han Solo’s starship) which I built in just a day. My ultimate collector’s piece would have to be a light saber though,” she explained.