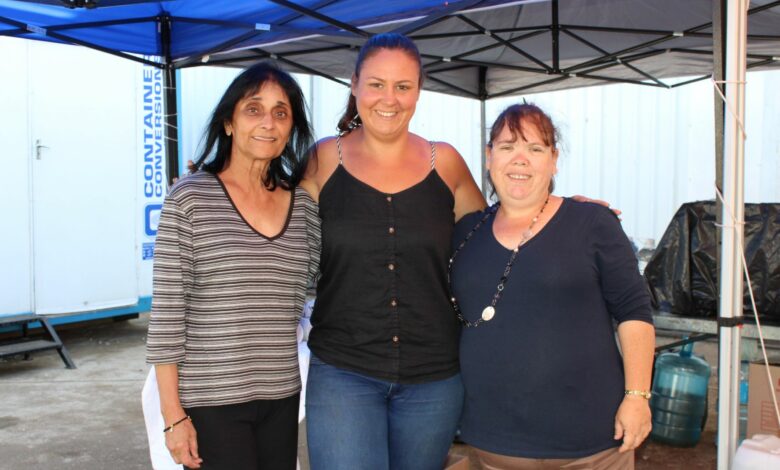 IT’S been a month since Lauren Izaaks began co-ordinating meals, refreshments and donations at Search and Rescue Joint Operation Centre at Virginia Airport.

Izaaks, who hails from Pinetown, is in the education sector and has balanced her work and volunteering since the Easter weekend.

“This operation was started by Ward 36 community member, Vanessa Knight. I took over from her and have been making sure that team needs are being seen to as well as accepting and co-ordinating the distribution of humanitarian aid. Three meals, refreshments and snack packs are provided to crews daily,” she said.

Izaaks works with a team of men and women hailing from all over eThekwini.

“I know a few of the crew from swimming at the Midmar Dam, so I came to see what was happening. After that, I decided to stay on,” she said.

Humanitarian aid is distributed to areas such as Shongweni, uMzinyathi, Inanda, Molweni and Mariannhill, when teams are deployed. Aid has also been distributed to Port Shepstone and Pietermaritzburg.

“They know first-hand which area is in need. Relief items are sent with them when they carry out rescues,” said Izaaks.
She said the best way to describe the relationships formed is by using the phrase – “when friends become family.”

“The search and rescue teams are amazing. They work long hours. It’s nice for them to be offered a hot meal and refreshments and to see a smiling face. It feels good. We have become very united,” added Izaaks.

She said few people have enquired about the ‘noise’ at Virginia Airport on Facebook.

“It’s a constructive noise where teams are being deployed throughout the day, to search for bodies,” she said.

Izaaks added that the local community and communities from outerlying areas have been phenomenal with donations.

“The volunteers and I are so touched. Without them, this would never have taken place. Thank you to all donors and volunteers,” she said.

Volunteers will still be stationed at Virginia Airport from 08:00 to 16:00 daily.

Donations are no longer being accepted.