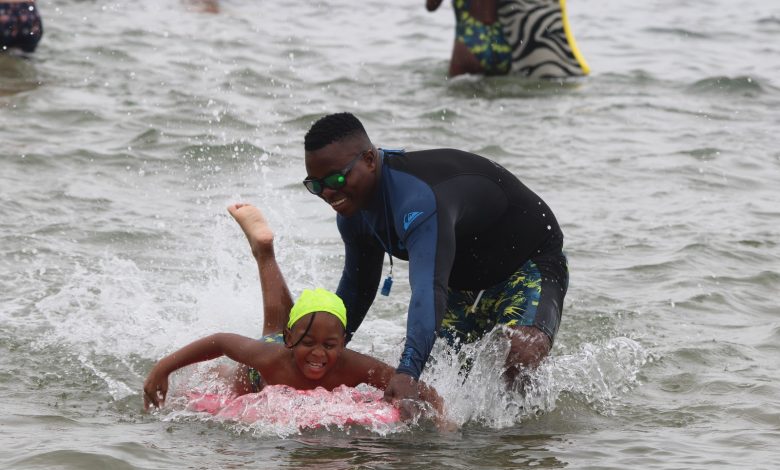 The club partnered with the Cornubia-based school for the last few years with its water safety and awareness development programme.

On Saturday, the club’s six-week programme culminated with a number of lifesaving style events on uMhlanga beach and a bit of bodyboarding in Grannies Pool.

Nicola Badrodin, one of the organisers of the programme, said she was thrilled with how the day turned out.

“It has been an amazing few weeks with the learners, teaching them all about water safety and awareness. We initially started out at Atholton Primary School pool, where the principal was kind enough to let us use the facilities. That five-week programme culminated with a fun morning out on uMhlanga Beach. It was also a way for us to teach them about lifesaving and the sport side of it. We’ve had two learners show interest in taking up the sport. None of this would have been possible without the support of our sponsors and volunteers, who were phenomenal. We’ve run this programme since 2003 and it’s been a hit with everyone involved,” Badrodin said.

“The learners were really looking forward to this trip to the beach. Many of them have never had the opportunity to even visit a beach, let alone swim in the ocean. The water safety and awareness programme is fantastic and sustainable. The Rox members have been absolutely phenomenal and I’ve personally seen the success in it.

“It pays off every year as we have different kids learning the skills and sharing them with their communities in rural and, often, underprivileged areas. In fact, we’ve had three success stories where learners, who’ve gone through the programme, have helped other children from drowning, which goes to show the importance of this partnership between Rox and the school,” he said.