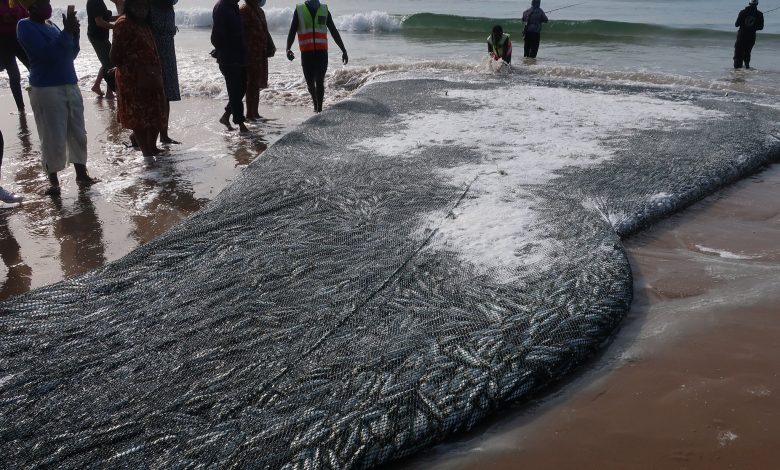 As a boat pulled in nets with thousands of sardines near North Pier, Durban resident, Alison Chadwick was among the crowd.

“Today I witnessed a phenomenon I have never seen before in Durban – the sardine run. I took a walk along the North Pier, the next minute this small boat cast a net and then started to make its way towards shore, men quickly started running down to the beach to grab the ropes of the net and together they started to pull the net in,” said Chadwick.

She added that she was intrigued to see a man swimming in the middle of the net.

“I asked someone why and he replied to say he swims in the middle to keep the sardines at the back of the net. When the sardine net was on the shore the men quickly made a tunnel inside the net and started to fill up crates of sardines,” said Chadwick.

In a statement, Greg Thompson, Acting HOD: Operations at the KwaZulu-Natal Sharksboard said they recently conducted a sardine observation flight to Rame Head in the Eastern Cape waters.
Source: Northglennews.co.za