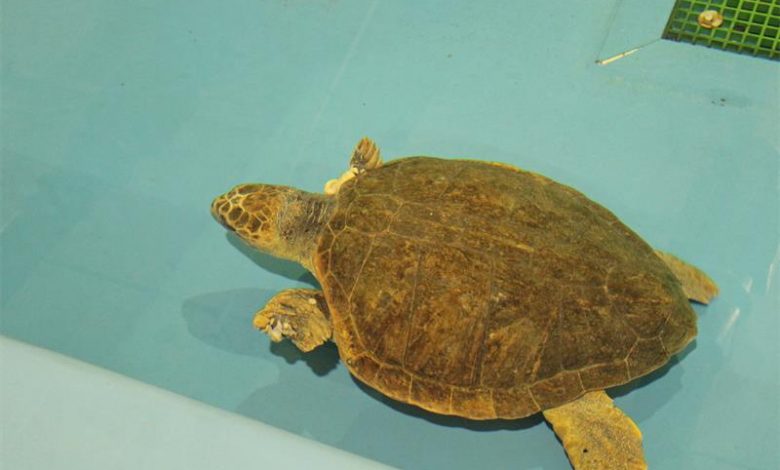 THE South African Association for Marine Biological Research (Saambr) is celebrating National Marine Week by sharing many of its marine resources with the community.

National Marine Week (NMW) is an awareness campaign led by the Department of Environment, Forestry and Fisheries. It is held annually during the second week of October.

Saambr took to its Facebook page today (October 13) to share two infographics that highlight its contribution to turtle rehabilitation between 2004 and 2019. The infographics also highlight the main causes of marine entanglement.

“A total of 86 stranded turtles were admitted into Saambr’s turtle rehabilitation facility during this period. Of these 86 turtles, 22 were Green Turtles, 51 were Loggerhead Turtles, 12 were Hawksbill Turtles and one was an Olive Ridley Turtle,” said Kunz.

Saambr currently has a number of turtles in rehabilitation at the moment.

“Maia came in with a plastic net wrapped around her front flipper. The flipper had started to rot away and we had to amputate it. While she only has three flippers, she is doing well. She is likely to be released soon,” said Kunz.