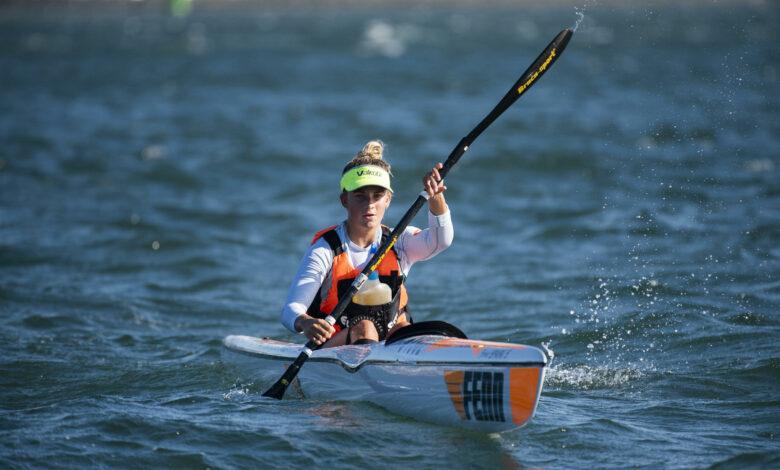 KWAZULU-NATAL paddler Saskia Hockly has had an incredible start to this year with her list of achievements being on the rise.

The Mount Moreland resident spoke about her love for the sport, her goals and her advice for youngsters on Episode 2 of our monthly In Conversation with Shiraz segment.

Hockly recently returned from the SA Schools and Senior Sprint Championships in Gansbaai where she proved her versatility when she won every race in the U18 girls division, claiming all four SA K1 titles.

She then teamed up with her sister, Valma Jean, to win all of the K2 races, as well.

“Both events will be held in Portugal, so at least I don’t have to worry about jet lag. What will be vitally important is the rest and recuperation between the events. For me, downtime is essential, especially as you push your body at the championships. Mentally, I have to be strong, too, and be ready for any challenges that lie ahead,” she said.

Hockly competes in lifesaving, sprint paddling, marathon paddling and surfski paddling and says her most important lesson to younger paddlers is not to give up.

“It sounds clichéd, but I would be nowhere if I had given up when I started competitive paddling. Sometimes, the rewards are more than you can ever imagine. My message to younger paddlers is to stick with it, train hard and you will reap the rewards,” she said.