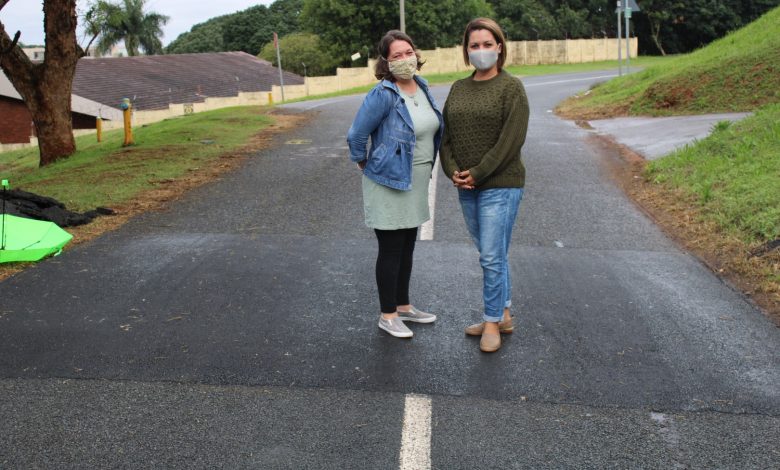 Prior to the speed humps being installed, residents had, for years voiced their concerns over the constant speeding and flouting of the 40km/h speed limit on the roads in the area.

Prior to the speed humps being installed, residents had, for years voiced their concerns over the constant speeding and flouting of the 40km/h speed limit on the roads in the area.

Ward 35 councillor, Nicole Bollman, said she was particularly pleased after a series of meetings with the eThekwini Traffic Authority (ETA).

“The feedback from residents on Oakleigh Avenue has been particularly pleasing and another positive is the project involved locals from Blackburn Village. The residents have been very vocal and rightly so about the issues affecting them here. There have been pets run over and killed, several near misses and constant speeding which warranted these humps. I know some people say speed humps are contentious as wherever speed humps are installed, the next road adjacent to it becomes a problem. With regards to applications or calls for speed humps it is important to know that all roads have a gradings system which the ETA looks at particularly when it comes to speed calming measures,” she said.

Oakleigh Avenue resident, Cath Jenkin, said she was delighted at how quickly the installation of the speed humps were carried out.

“The City and the workers must be commended on how quickly the project was completed and all we are now waiting for is for them to be painted. The fight for humps on the road started long before I moved in and it has been a long, protracted fight. Nicole (Bollman) mentioned about pets being killed and there’s been a lot of near misses. I’ve almost been knocked down.

“Most of the people using this road outside of the residents, were looking for a quick way to beat traffic. So often people would speed on this road to get onto Armstrong Avenue and onwards I hope this will change the behaviour of those using this road now to avoid speeding. They have to abide by the rules and these five new humps will make a world of difference to our lives,” Jenkin said.