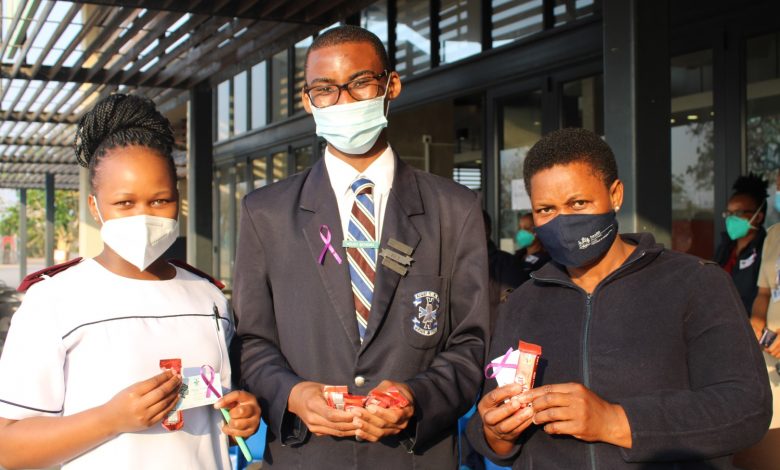 The Northwood Band also serenaded staff at the site and handed out chocolates with a special note of thanks and a ribbon to the frontline workers.

Learners from the Representative Council of Learners (RCL) were also on hand to hand out chocolates to women waiting in the queue for their vaccines.

Nzuzo Mchunu, president of the RCL, said he was touched by the responses of the staff and women waiting in the queue.

“We have seen a lot of tragedy in South Africa of late and we felt as the RCL that we aren’t only the council for learners but a council for South Africa. We wanted to show our solidarity with women and also pay tribute to the frontline healthcare workers who are working tirelessly to keep us safe. The feedback we’ve received from everyone has been very positive and we’ve had women say we’ve made their day and month which is really special,” he said.

Principal of the school, Paul Viljoen, said he felt the learners present at the vaccination site were the true embodiment of the values of the school.