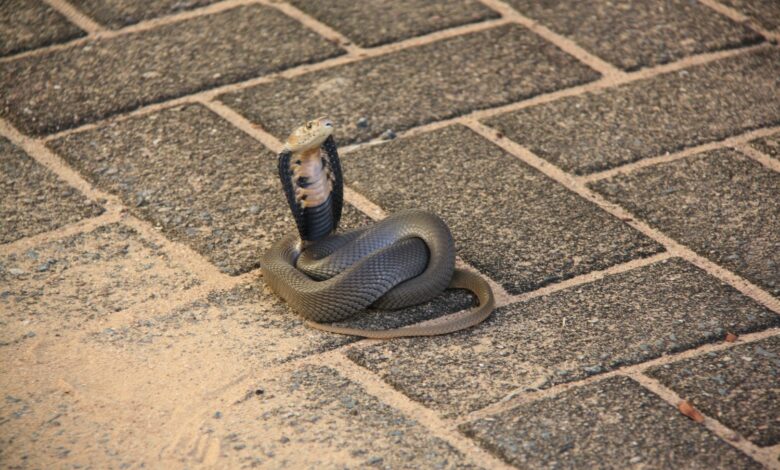 A MOZAMBIQUE Spitting Cobra has been spotted along the uMhlanga Promenade, but there is no reason to fear said the local snake rescuer, Jason Arnold.

The venomous snake was spotted on the promenade by various walkers this week, but it would immediately slither away when approached.

“I’ve fielded quite a bit of interest around this snake since it was spotted. My plan is to take a walk on the promenade and identify the spot where it has been seen. Once I’ve identified the spot, I’ll sit there and see if I can rescue it,” he said.

Arnold said the snake tends to move around in the late afternoon.

“While highly venomous, they are super alert and nervous. If they see someone walking towards them they will move away. It is probably best to relocate the cobra, but it seems to be very comfortable along the promenade. My advice to the public is not to agitate the snake, or attempt to handle it,” he said.

“We are aware the cobra has been spotted by visitors and residents. We advise them to call the UIP or Jason, and leave it to the professionals. It is best to leave the snake alone as it will most likely slither into the bushes along the promenade,” Geldenhuys said.