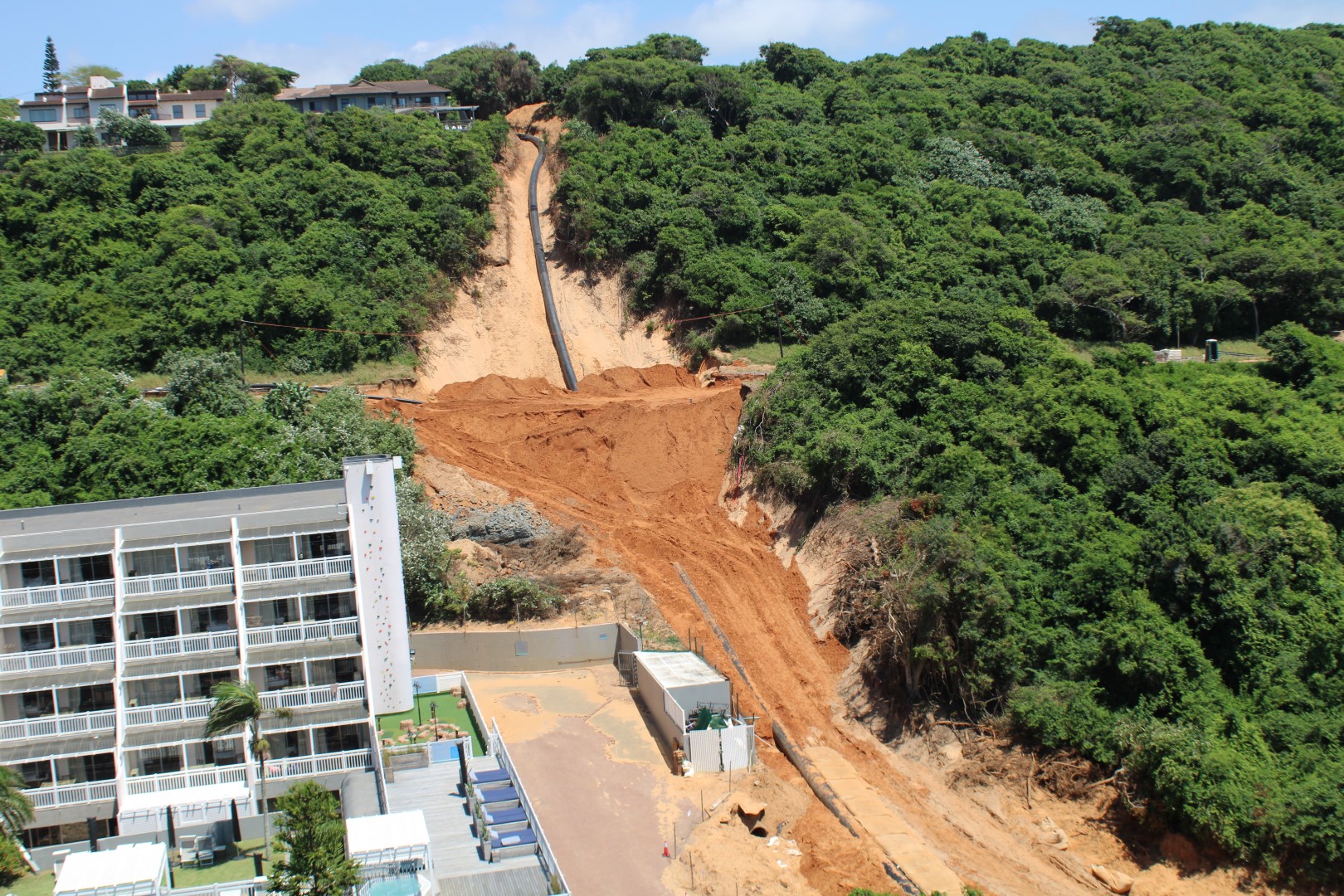 WORK to repair the M4 Ruth First Highway has begun again with backfill operations continuing. The news was confirmed by ward councillor, Nicole Graham who was part of a meeting with various stakeholders including Durban’s deputy mayor, Belinda Scott last week.

The highway has been out of commission for more than a month since a partial collapse caused the closure of the route between uMhlanga and Sibaya.

Bollman, said while the City and the Department of Transport did not give a time frame for when the repair work would be completed, she was hopeful that progress was being made.

“Shortly before the festive period break, City engineers were able to install a 230 metre pipeline from Portland Drive to Lagoon Drive to divert stormwater away from the existing stormwater line, which had caused the partial collapse. At the meeting last week it was agreed upon that eThekwini officials will continue with backfill operations to shore up the M4 bank above Lagoon Drive. Once complete, the site will be handed over to the Department of Transport who will then proceed with further repairs to get the highway back up and operational again.

“The deputy mayor and all the stakeholders acknowledged that the closure of the M4 highway has been a blow to tourism. Mention was also made of the aQuellé Tour Durban which is set to take place on 26 April. The overall feeling of the meeting was a positive one and work to repair the M4 has resumed. No timelines have been given but it is likely the M4 will be out of commission for at least another month,” she said.