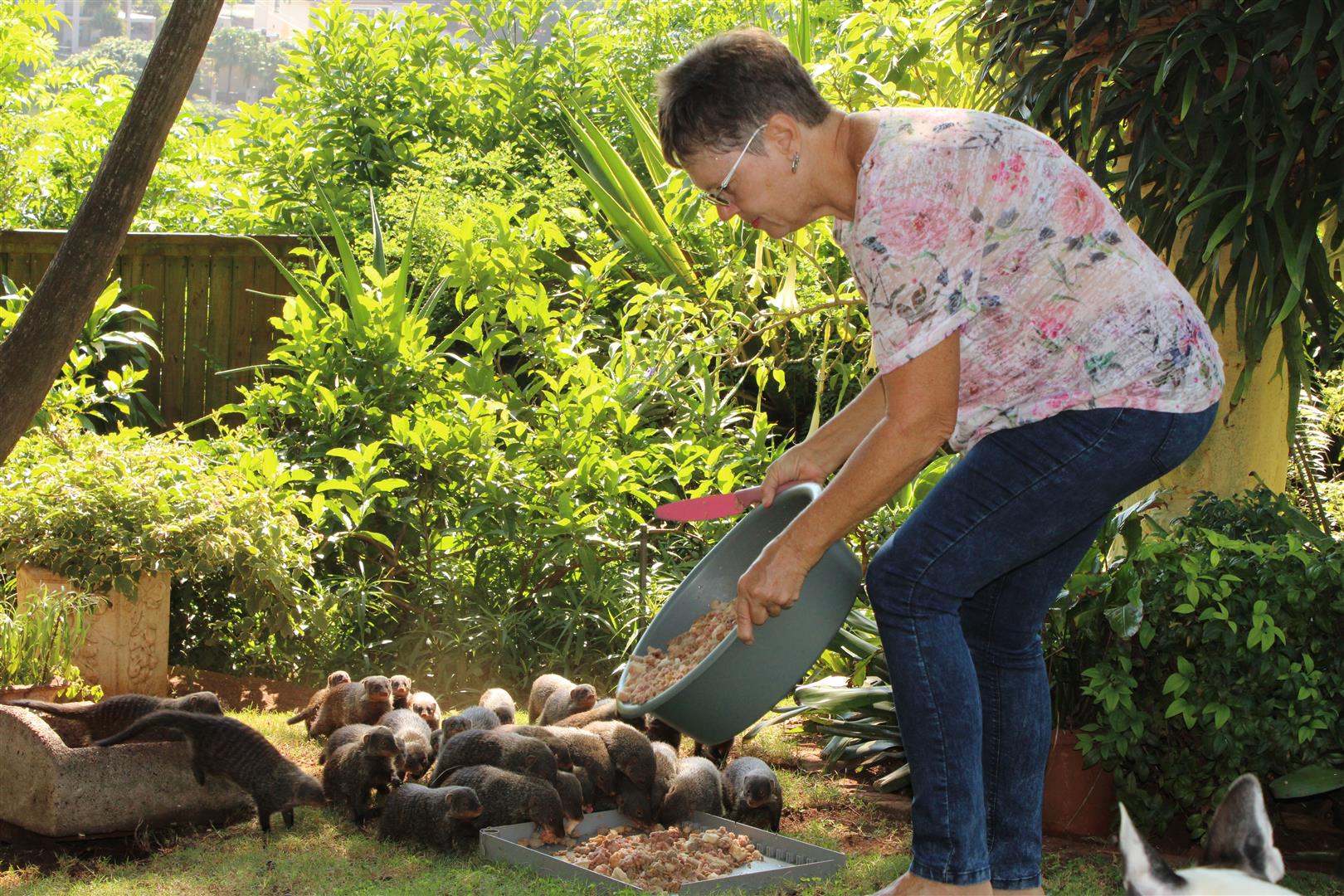 FOR La Lucia resident, Diane Bester the mob of about 40 mongooses that visit her garden each week are like family pets.

She has been feeding them for 15 years.

“We dedicate the bottom half of our garden to wildlife. The monkeys come every day and the mongoose have been visiting for years,” she said.

“I care for wildlife. We’ve got to leave something for the next generation. If we don’t do it, there will be nothing left,” she added.

The mongooses come from the nearby bush area, she said.

“In summer time they sometimes sleep in our garden, but they don’t stay here 24/7. The leave to go and forage and then come back. Sometimes they are gone for a few days and we get worried, but then they come back again,” she said.

Each morning Bester prepares a tub of food for the mongooses, mixing cat pellets, bread, bone meal and raw eggs.

“Sometimes I get a donation of raw eggs and then I just put eggs out and the mongooses play soccer with them. That’s something to see – they take the eggs and throw them against the stones to break them open,” she said.

At the moment, there are babies among the mob, which makes their visits less frequent.

“Their breeding season is around February or March. The don’t travel when the babies are born, so they disappear for about a week. Then they come back and all the mothers are carrying babies that are about six inches long,” she said.

She and husband, Rudi Bester have even named their resident grey herons who can be seen picking across their balcony most days.

There is a female named Bimi and a male heron named Hanobul.

“We feed them chicken hearts and livers, it’s part of the grocery bill,” said Rudi.

Both retired, the couple live in their La Lucia home with their “four-legged children”.