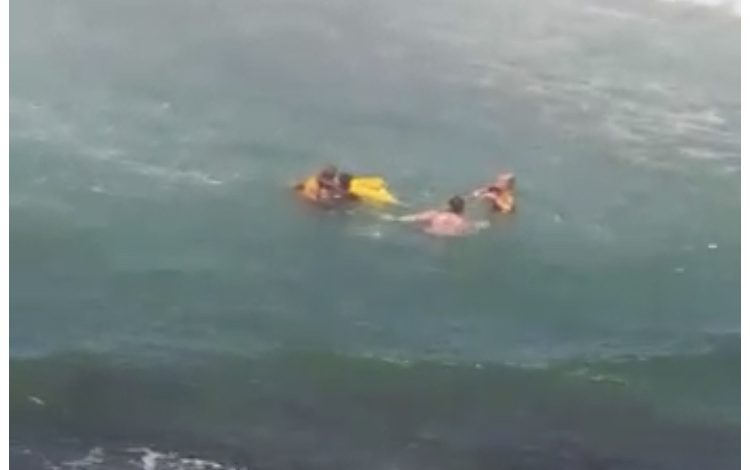 Junior uMhlanga lifeguards and member of public save drowning boy

TWO teenage lifeguards and an unidentified member of the public have been hailed heroes for their efforts to save a drowning boy in uMhlanga on Sunday.

The near-drowning victim, was pulled out to sea by strong currents while he was standing on the rocks near the uMhlanga pier.

A video posted on social media captures the moment the youngster was sucked into the water before being rescued by an unidentified member of the public and Umhlanga Rocks Surf Lifesaving Club junior lifeguards, Keira King and Kiara Gerber.

King, who was the first lifeguard on scene, said the young boy struggled to keep afloat even with the torpedo buoy underneath him.

“I think he was so scared and exhausted trying to stay afloat. The member of the public was great in helping both Kiara and I out. The current was quite strong that day which made the rescue all the more challenging. We actually had done a few drills that Sunday morning just before we rescued the boy. I think our training played a massive role in us helping getting the young boy calm and back to shore,” King said.