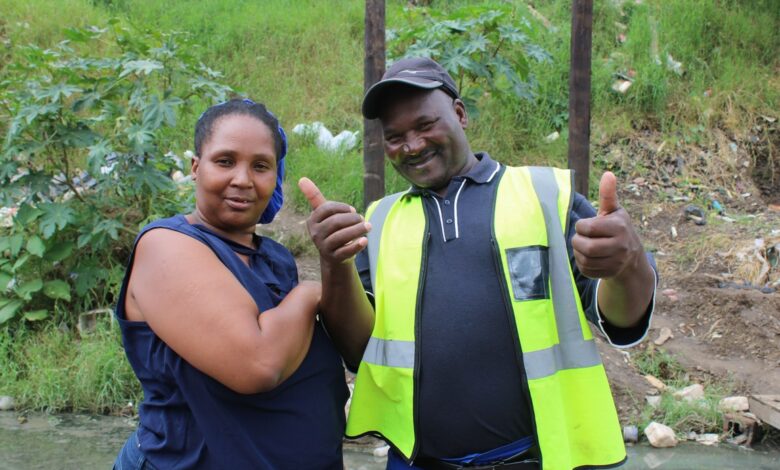 AROUND R15m has been allocated to electrification of more than 1 000 households for three informal settlements in Ward 34.

Informal settlements on Johanna Road and Boxwood Place in Sea Cow Lake and Gumtree Road in Kenville will be electrified in an effort to eliminate illegal electricity connections which have negatively impacted municipal infrastructure.

In Johanna Road, the illegal connections have wrought havoc on the Johanna Road sewage pump station feeding Umhlangane tributary into the uMngeni River.

The municipality said the high levels of the E. coli bacteria found in the river were compounded by the vandalism of the sewage pump station.

“We are very excited that our electricity struggles will come to an end. The transformers have already been installed on Johanna Road and Boxwood Place and we’ve been told that the process to electrify homes here will take around two to three months. The community is happy with the progress being made so far. Once the homes are connected to the grid, the illegal connections will be removed. We have had three years where the residents have struggled without electricity and we are happy the municipality is addressing our needs,” Mpanza said.

Ward councillor for the area, Bobby Maharajh has also welcomed the electrification project saying it would ease the burden on rate paying residents who were bearing the brunt of frequent power outages.

Maharajh added the impact on the sewage pump station and sewage flow into the uMngeni River were also factors considered by the municipality for the project.