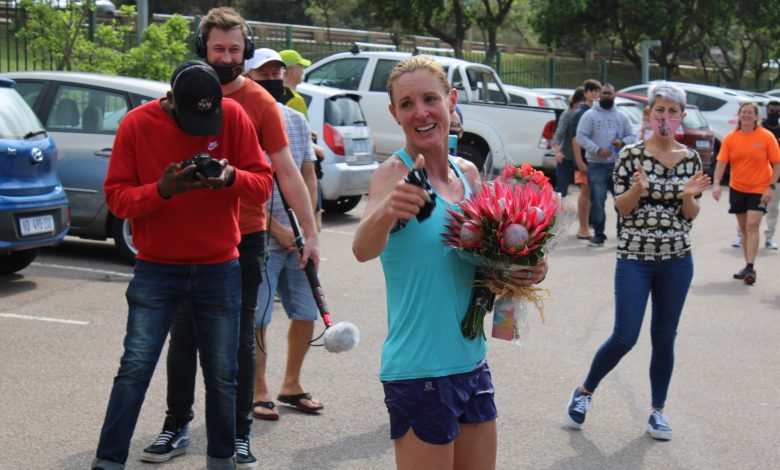 Her efforts have seen her break the world record for ‘Most consecutive days running an official half marathon’, at least unofficially.

The previous record was 74.

A large part of the obstacle course athlete’s mammoth undertaking was to create mental health awareness, particularly during the Covid-19 pandemic.

“It has been really tough and there were days where my body fought me but mentally I was strong and I was able to push through. None of this would be possible without my husband, Claude, and all those who supported me. I was just blown away by those who ran the last leg with me and those who showed up at the finish line, that was just phenomenal,” she said.

While she hasn’t attached her runs to a fundraiser page, Eksteen said she’s attached the record attempt to Grace Church’s Counselling services.