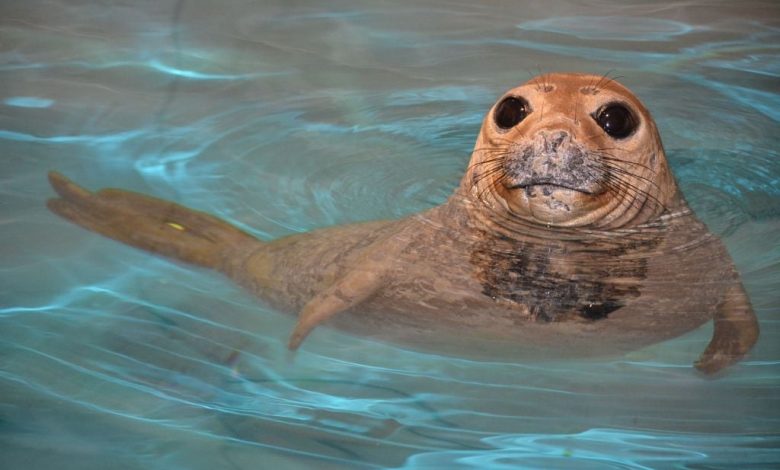 AFTER months of rehabilitation at uShaka Sea World, Dobby, the rescued elephant seal is on his way back to Cape Town, aboard a cargo ship that set sail from Durban Harbour on Monday evening.

The seal was rehabilitated at the South African Association for Marine Biological Research (SAAMBR), situated at uShaka Sea World.

SAAMBR spokesperson, Ann Kunz said the seal will be lowered from the ship into the ocean on the continental shelf.

“His time in rehabilitation was over and we believe he is now fully capable of making the 4000-kilometre journey home,” she added.

Kunz said Dobby was tagged and had mandatory pre-release health checks done before being enticed into the transport crate with fish.

“The animal health team, supported by the animal care staff, put Dobby under anaesthetic before performing ultrasounds, X-rays and taking both skin and blood samples for analysis. Other than his skin condition, which is a common ailment in elephant seals, he was found to be in perfect health. We are certain that in time his skin condition will improve, and he will complete his moult,” she said.

Seal behaviourists Bilal Limbada and Melissa Verschoor are accompanying Dobby on the vessel to ensure that his ship release goes smoothly.

“I am feeling both sad and incredibly happy at the same time. It has been a privilege and an absolute pleasure caring for Dobby who burrowed deeper and deeper into lives and souls over the past few months. We will miss him and at the same time, we are all so happy for him. He has done well and we are comforted knowing that he will soon be back in the ocean heading homewards,” said lead behaviourist, Hayley Tennent.